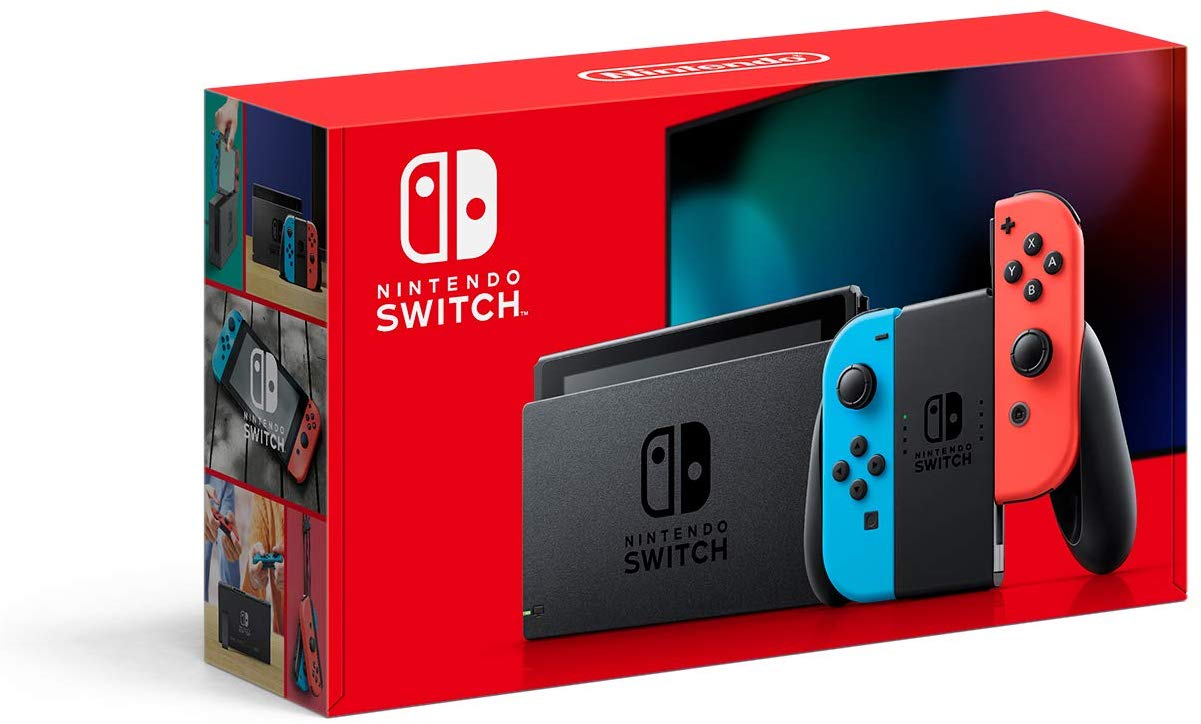 User experience is a major focus of any Nintendo Switch review. So, just what does ‘user experience’ mean in the context of a portable gaming console?

Nintendo switch review: What do you want in a portable gaming console?

There’s nothing like a compelling game to pass the time on a long ride or during a long wait. That’s why you might want the fun of a gaming console with you wherever you go.

A gaming console that works well on the go has to be compact enough to fit in small spaces but wide enough to hold an adequate display. It should have a battery that can hold for extended periods.

Most importantly, the console should be versatile. Ideally, a portable gaming console should connect to larger displays and double as the main console. It should also have the storage and processing capability to render a wide variety of games.

How well does the newer version of the Nintendo switch perform on these metrics?

The 2019 Nintendo Switch comes with a pair of Joy-Cons, a JoyCon grip, wristbands for the Joy-Cons, a dock, a USB-C cable and a power cable. You should note that the packaging for the 2019 Switch is red all over, unlike that of the older version.

Also, the model number of this revision of the Switch is ‘HAC-001(01)’ and the product serial number begins with XKW. The packaging for the newer model also advertises a battery holding time of between four and nine hours. 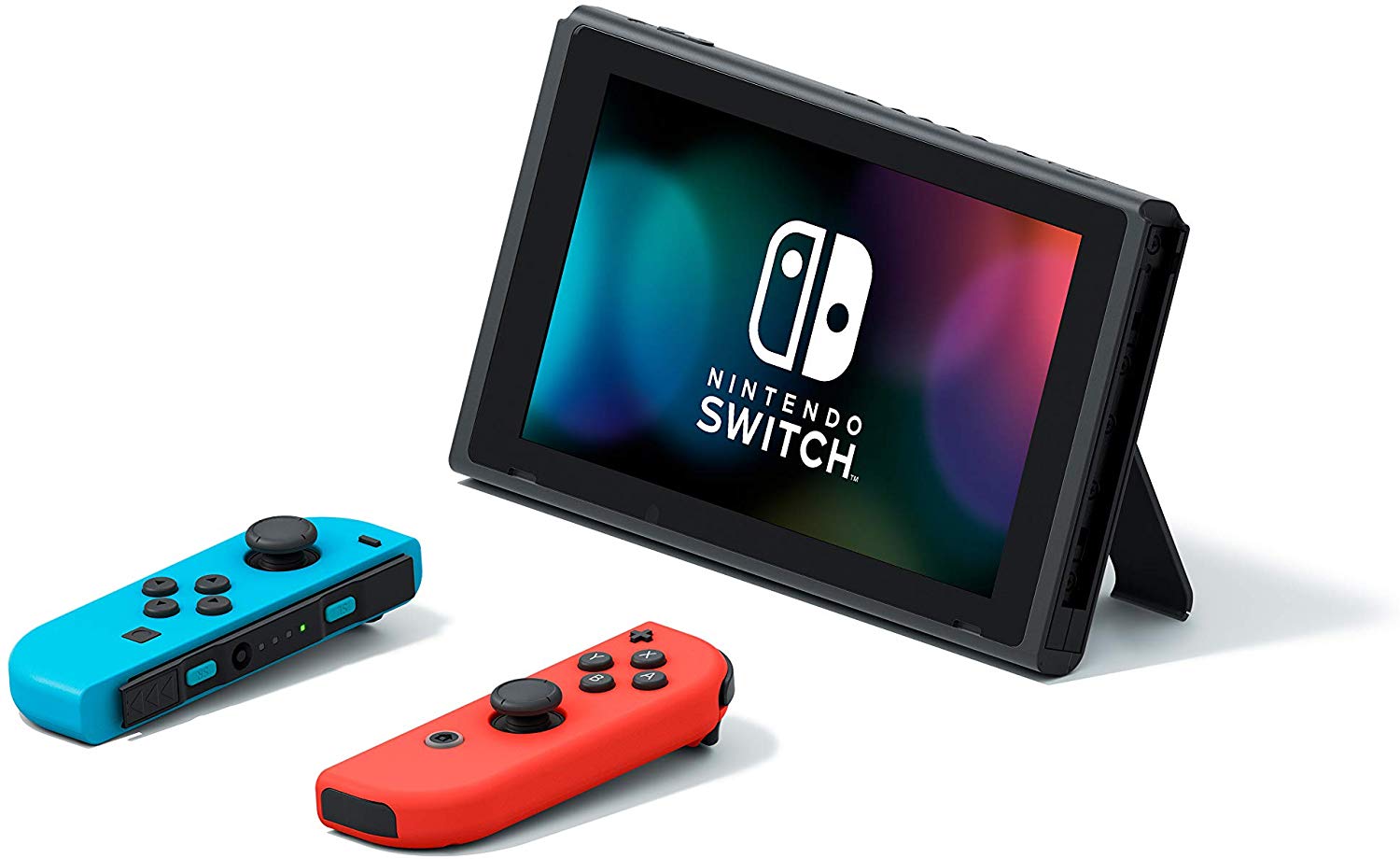 The Switch is about nine inches long, four inches high and half an inch thick. That’s with the Joy-Cons attached. You can have your pick of personalized Joy-Con colors, ranging from neon-blue to luminous pink to the brightest or deepest yellow. In contrast, the console’s main module retains the black-and-grey, business-like aesthetic you expect from a Nintendo console.

The final look is a compact gaming device with rounded edges when both Joy-Cons are attached. The entire setup looks like a handheld gaming device that is slightly larger than usual. When you detach the controls you are left with a long, rectangular module that is the display, the brains and the storage of the whole setup.

The display of the Nintendo Switch is a 720p touchscreen whose default color settings are warm, with a tinge of magenta. Compared to the older Switch, the 2019 revision has more color saturation. This makes colors richer and more lifelike, which is evident when you view the same image side by side, on both models. Another upside of the display is its efficient use of power, which adds to the overall battery life of the Switch.

The console renders 1080p picture when you connect it to a larger screen.

The top edge of the Switch has a power button, a 3.5mm audio jack and a volume button. The bottom edge has a USB-C charging port that allows the console to charge from a power adapter or from the dock. The back panel of the console has a micro-SD slot for storage expansion.

As for wireless connectivity, the Nintendo Switch has a wireless adapter that works fine. Not amazing, but fine. Meaning that if your WiFi signal is weak, the connection will be sketchy.

[Read what others are saying about this console]

The pair of controllers is extremely versatile. In addition to the numerous colors available in the market, the Joy-Cons also have several physical configurations.

You can attach them to the console to create a handheld device or join the two halves to create a small gamepad. You could put them on a grip and make yourself the kind of gamepad that PlayStation or X-Box users are familiar with. You can use the controllers separately such that the pair uses a wireless connection to communicate with each other as well as the console.

Both controllers come with a gyroscope and accelerometer to capture and relay movement. The right Joy-Con comes with an infrared sensor, which comes in handy for certain games, and an NFC sensor to control a number of Nintendo’s native figurines.

Each one of the Joy-Cons has an internal battery that can get through 20 hours of gameplay. You can charge the Joy-Con batteries when you attach them to the main module, or you could use a charging dock or the USB-C port on with many grips (but not the one that ships with this device).

The Switch has 32GB of internal storage, but this can fill up pretty fast if you download resource-intensive games. The micro-SD slot on the console also allows for storage expansion, up to 256GB. Like many consoles, the Nintendo Switch has a slot for game cards as well.

The 4GB RAM fitted onto the device is one of the improvements that allow the Switch to be as efficient as it is.

The chipset in the latest version of the Switch has to be the most important upgrade of the device. Nintendo swapped the Tegra X1 Logan chipset for the smaller, cooler and more powerful Tegra X1 Mariko.

The graphics processor on the Mariko is faster than the GPU on the older chipset. The main processor is also more power-efficient. It requires less input voltage and consumes less power in the bargain. Both of these qualities work to enhance the battery life of this mini-console. If you have access to the slightly older version of the Nintendo, perform a simple test:

This test is a simple way to perform the most important part of the Nintendo Switch review. The findings show that the newer Nintendo outperforms the older version in terms of energy efficiency.

The result of an efficient display and chipset is enhanced battery life. It also doesn’t hurt that the manufacturers added a larger battery to the console. The Switch now carries a 4310mAh battery that takes about 3 hours to charge fully.

When you put the console through its paces, you will be pleasantly surprised. In handheld mode, a marathon session of Fortnite will drain the battery in four hours. It may take even longer.

The Nintendo Switch is nothing if not versatile. It allows for many different gameplay configurations. As an example, you can have a local but epic multiplayer showdown by connecting up to eight consoles. This makes for a great ‘Bring Your Own Console’ gathering.

Also, a Nintendo switch can pair up to four Joy-Cons, so you and a friend can play against each other on the same console.

There is a third option: The Nintendo cloud. Switch Online is a subscription service that allows you to play multiplayer games with remote players. It also allows you to save your progress in the cloud. Now, you don’t have to pay for every multiplayer game, but the pricing regimen of this service is a little hard to understand. You should take a good look at it and figure out if you really need the service.

The Switch is not the most powerful console in the world, but what it lacks in power, it more than makes up for with content.

For starters, Nintendo owns a wealth of prestige content. You get to enjoy access to titans like The Legend of Zelda, Super Smash Bros and different flavors of Pokémon. The Switch also supports third-party games like Overwatch, The Witcher and Fortnite. If you subscribe to Switch Online, you also get access to legacy games.

Many game developers are flocking to the Nintendo platform, so you have an endless supply of games to choose from.

If you’re going to buy a Nintendo Switch, buy this one

This Nintendo Switch review tells us two things. The first is that battery life makes a world of difference in your gaming experience when you’re on the go. The second is that when two devices cost about the same, go for the one with the added advantage. Learn more about this top-selling game console.