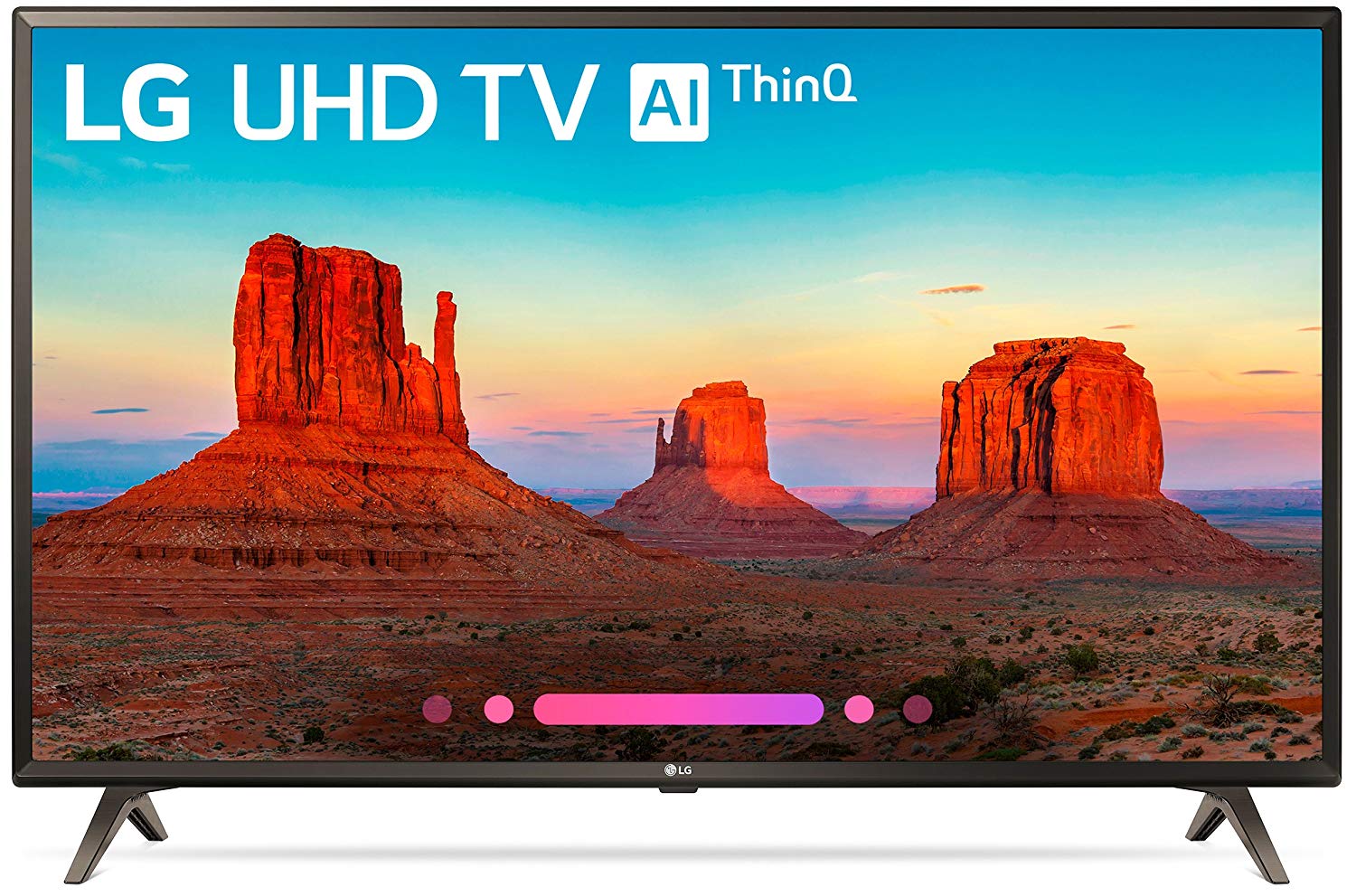 We learned a lot of interesting things during our LG 43UK6300PUE 43-Inch 4K Ultra HD Smart LED TV review. For a budget TV, the 43UK6300PUE is full of useful features. It also comes with Ultra HD image resolution. This smart TV is designed to deliver on two fronts: Great picture quality and a feature-rich, high-performing interface.

The TV has a simple, no-frills design that translates into elegance. It is housed in a plastic chassis with different tones of black. The display is framed by thin bezels whose colors seem to change at a gradient when ambient light hits them at an angle.

Then there are the dimensions. At only 3.2 inches thick, the LG 43UK6300 can only be described as sleek, until you decide to mount it on a wall.

The screen measures 38.5 inches by 24.8 inches, with almost all of its surface left free for the display. It comes with a pair of very stable stands that take up a good amount of space.

The back of the TV has an allowance for a VESA wall mount (200x200mm) and two small panels that house the ports.

All the ports are held in two panels on the left side of the TV. The vertical, left-facing panel has two HDMI ports and a USB port. The panel that faces the rear has a coaxial antenna connection. It also has a set of AV ports, one USB port, an Ethernet port and a third HDMI port.

The TV comes with Bluetooth connectivity and an 802.11ac Wi-Fi adapter, so it only works in the 5GHz frequency. Most wireless routers in the market work at 5GHz not at 2.4 GHz, so this is not a big deal.

The LG 43UK6300PUE uses the webOS smart TV interface, which comes with ThinQ AI voice interaction. This feature allows you to use voice commands with Google Assistant, or even Alexa.

The intuitive interface is easy to use, even for a time traveler from the fifties. The home screen is uncluttered and has a ribbon menu that has apps on it. You will find that basics like Amazon, Netflix and YouTube come preinstalled. Whatever else you need, you can find in the app store.

LG went the extra mile and used an IPS display for the 43UK6300. The idea was to deliver lifelike colors and a wide viewing angle. The effort paid off.

This TV renders high-fidelity colors and with its 4K resolution, it displays images in beautiful detail. The IPS panel also allows for wide-angle viewing, which is always a plus.

That said, the blacks are not as deep as they could be, as the display has no localized dimming. This is because the display panel of the 43UK6300 uses edge-lit backlighting instead of LED backlit technology.

The result is blacks that appear grey in a dim or darkened room. We will talk about the picture quality in more detail in the next section of this LG 43UK6300PUE 43-Inch 4K Ultra HD Smart LED TV review.

The IPS panel of the LG 43UK6300 renders pixels in RGBW (50 percent RGB, 50 percent white) instead of full RGB, so image sharpness is not all that it could be. This is especially true when you use the TV as a PC monitor.

The native contrast of the 43UK6300 is average. It is another factor that contributes to the loss of sharpness when the screen is used as a PC monitor.

The surface of the screen has anti-glare gloss to prevent reflected light from hitting your eyes. Which is great from an anti-glare standpoint. The downside is that the light is spread out onto the screen, which can affect how images appear on the screen.

Still, in terms of overall picture quality, there are only one or two TV models that perform better at the price of the LG 43UK6300.

The LG 43UK6300 is very responsive. It has an input lag of about 11 milliseconds, which is impressive for a display with a 60 MHz refresh rate. As you put the TV through its paces, you will experience only the slightest blurring during fast-moving video and gameplay.

There is usually a tradeoff between price and performance. Not this time, not with this TV. As image quality goes, the LG 43UK6300 performs better than almost all other smart televisions in its price range.

As a smart TV, this 43 Inch screen has an operating system that offers all the content you could ever want. Thanks to a wide selection in the app store, you will be spoiled for choice.

You will also enjoy the minimal response time of the user interface as you play your favorite video game. What is not to like about this TV? Not much. Click here to learn more about this TV or to purchase one.