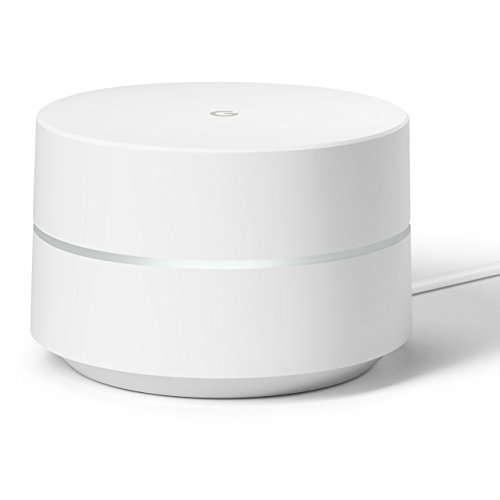 One thing that was rather obvious during our 2019 Google Wi-Fi router review was the fact this is an affordable and extremely user-friendly version of the traditional router. You can connect one or more Google Wi-Fi routers to the device installed by your internet provider to create a mesh network that covers every nook in your space.

Let us see just how well this router performs.

Google ships the router in packs of one, two or three. Each router comes with its own Ethernet cable and USB C power adapter.

At most, it will take 15 minutes to get the router up and running. You will need to download the Google Wi-Fi app onto your Android or iOS phone. The app is free in iTunes or Google Play Store.

First, power all the devices. Next, connect one of them to the ISP modem or gateway using the Ethernet cable. The status light will pulse blue once the router is ready for setup. With the wires plugged in, you can replace the cover at the base of the router.

The Google Wi-Fi app will guide you through the rest of the process. It will detect the other routers and create a mesh network.

The Google Wi-Fi router performs incredibly well. It works on both the 2.4GHz and 5GHz frequency bands and laps up all the bandwidth provided by the internet provider. You should expect great speeds, really good coverage and uninterrupted service.

One reason that the routers perform splendidly is automatic channel optimization, a feature added into the router’s software. The feature allows the router to find a clear Wi-Fi channel (one that is not being used by other devices), which means no interference and great network quality.

With other routers, you would have to find a clear channel all by yourself, by scanning each channel and testing its performance.

Once the network is up and running, it is able to perform seamless handover between routers, which will see you enjoy uninterrupted Wi-Fi as you move between two regions of coverage. The network will also re-organize itself if one of the routers fails.

[Read what others are saying about this router]

This 2019 Google Wi-Fi Router review is just getting started. Google outdid itself with this app. It is easy to use while giving you, the user, total control over your network. Here are some of the highlights:

Thanks to the Google Wi-Fi app, you can see the status of your Wi-Fi network from your phone, wherever you are. You will also see all the devices on the network, and how much data each device is uploading and downloading. The app also allows you to view and manage multiple networks.

For those people who have trouble remembering their passwords, the app has you covered. It stores all the different passwords in the network.

The app has functions that are found in actual LAN routers. You can prioritize specific devices in the network so that they access more bandwidth than others. This is a useful feature for serious gamers, who need zero lag time and buffering during gameplay.

There is also a family Wi-Fi feature that allows you to pause Wi-Fi to certain devices, which is handy when you need to limit children’s screen time or get them to sleep. The feature will also block adult content on specific devices.

With the app, you can also create a guest network with different bandwidth speeds and privileges. The app also allows two admin levels: Owner and manager. This allows another person (the manager) to have limited control of the network when the owner is away.

The app will tell you if one of the routers in the mesh is getting a weak signal, or if there is a bottleneck in some part of the network. It also lets you test the incoming speed from the internet provider and the speeds in different sections of your mesh network.

It is worth every penny

For home use, the Google Wi-Fi access points will give you great speeds even at some distance. A pack of three devices is meant to cover 4500 square feet. The routers have many useful functions that give you loads of control over your home network.

What is more, the thoughtfully designed, user-friendly Google Wi-Fi app will turn a layperson into some kind of network administrator. There is every reason to get this router for home use. Click here to learn more about this router or purchase one.