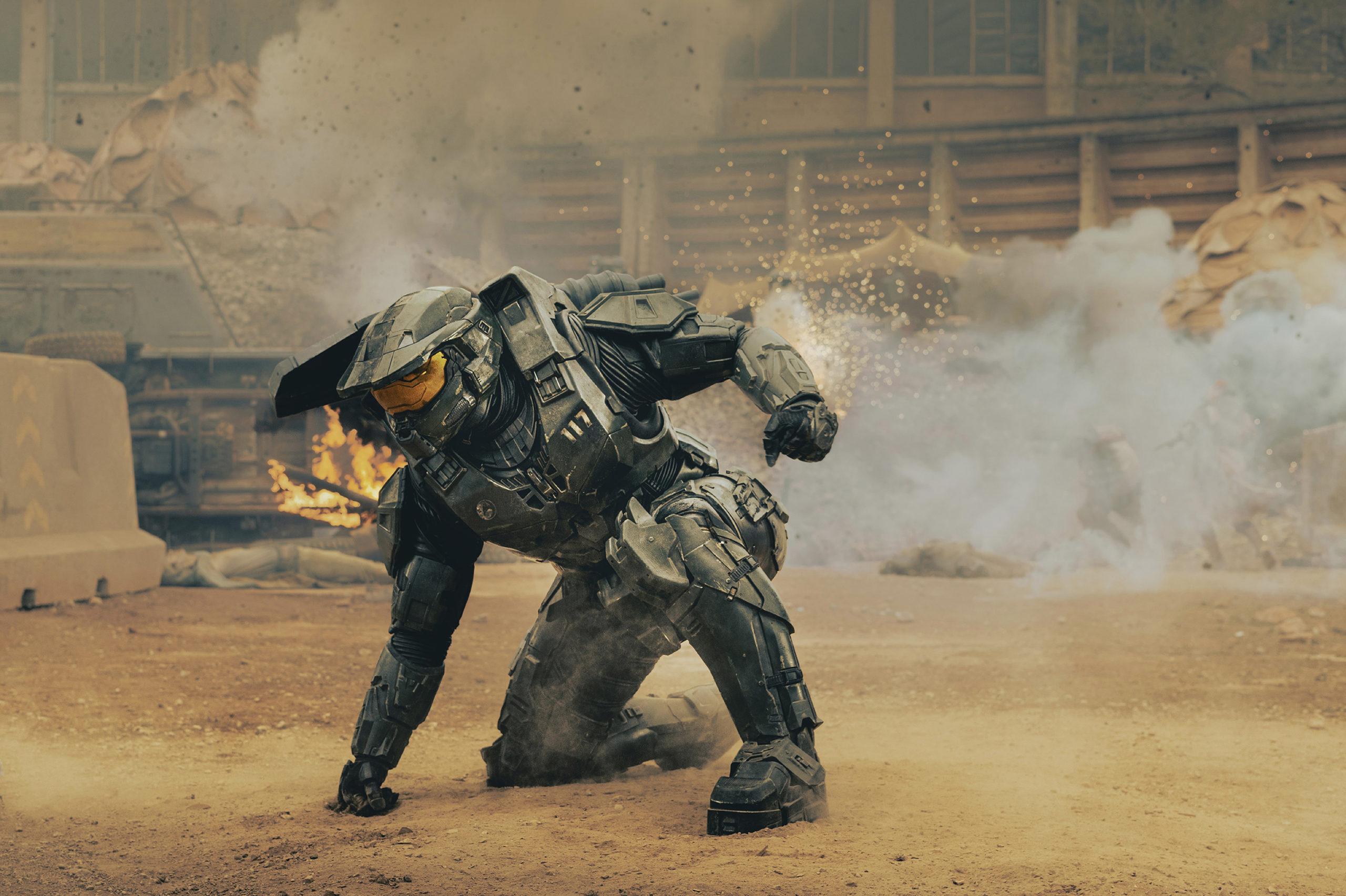 This Halo TV show review is for fans of the popular video game franchise and those new to the Halo universe. The Halo TV show is based on the video games by the same name and tries to piggy-bank on the game’s popularity and appeal to some of its hardcore fans. This is a bold move, considering most gamers are tough to impress. The series does its best, and fans will enjoy seeing the Halo world fleshed out. Set in 2552, this series takes place during the last year of the Human-Covenant war, as the Covenant tries to destroy some of the inner human colonies.

Based on our Halo TV show review, this television series has a few action-packed scenes, especially in the first episode. The series tries to appeal to both fans of the games and newcomers. However, it does feel like a hodgepodge of other video games and series, including Tomb Raider and Starship Troopers. As a plus, the acting is truly remarkable, and the CGI is impressive.

Halo TV show review: What is the series about?

Our Halo TV show review reveals that the first episode starts with an action-packed start with well-choreographed fight scenes. By the time Kwan Ha’s character is introduced, it becomes clear that this show is not faithful to the comics, books, or video games. Instead, the show exists in a “Silver timeline,” allowing the producers to add their own characters and storylines while still using some of the concepts from the books and video games. Kwan Ha is the daughter of General Jin Ha, who is the leader of the settlement on planet Madrigal.

During the show’s first minutes, the Covenant arrives and kills two of Kwan’s friends while they are high on hydrogen. They also go to the outpost where they try to kill the people there. However, the Spartans, a group of genetically-engineered super-soldiers, arrive and slaughter the members of the Covenant. The Spartans are led by Master Chief, also known as John-117 or Spartan-117. By the end of this thrilling opening scene, 20 aliens and 150 civilians are killed. Kwan Ha is the only survivor.

There are a lot of gory scenes in the first episode, with impaled bodies, burned limbs, and heads that have been popped apart. The horrific scenes are beyond anything you’ll find in the video game, and the television show does not, in any way, shy away from violence. This sets the stage for other action scenes in the series, showing just how powerful the Plasma rifles are.

The second episode has less action and more dialogue and character development. We get a glimpse into Master Chief’s past before becoming a Spartan. Master Chief touches an alien artifact, which causes him to remember events from his past. This prompts him to want to travel to his home planet. We also get to see the budding relationship between Master Chief and Kwan and the existing relationship between Master Chief and Dr. Catherine Halsey, the Spartan program’s creator. As the series progresses, we realize that The Covenant is searching for some type of super weapon. Master Chief has an emotional arc in this series, as he goes from being a cold and humorless Spartan to one who is capable of shock, kindness, and anxiety after he slices out the chip that is supposed to inhibit his emotions.

Positives of the Halo TV show

We noticed that this series has excellent and convincing sound effects during our Halo TV show review, especially in the fight scenes. There is a lot of whizzing and banging, similar to what you’ll find in the video games. The CGI used on the aliens is excellent, and you’ll notice that the faces of the Spartans are a lot more expressive than in the games. Fans of Halo will also notice a lot of familiar vehicles and weapons, and they might smile when they realize how true-to-the-game the environment is. However, the details and references in this series can prove to be quite overwhelming to anyone who has never read the books or played the games. The showrunners try to provide in-universe knowledge in the dialogue by explaining some of the characters and terminologies without boring veterans of the game.

The casting on this show is also quite impressive, and the acting is superb. Kwan Ha, played by Yerin Ha, is an excellent addition to the Halo universe, and her acting skills stand out. Natasha McElhone is great as Dr. Halsey and plays the role of a cold and emotionless scientist perfectly. There are also some beautiful shots of outer space that will please any Halo lore fanatic.

Criticisms based on our Halo TV show review

Our Halo TV show review shows that this series has a solid and action-packed start, but it cools off after the first episode and focuses on character development, which viewers may find slow and frustrating. Viewers who are part of the Halo fandom may not be too pleased with the fact that this show does not stick to canon. Viewers who are not part of the fandom will have a lot to unpack with each episode.

Despite being a high-concept science fiction show based on a shooter game, this series does not have a lot of drama or wonder. There is a lot of dialogue and conversations and less alien combat. The first few episodes don’t even dwell much on the titular Halo ring they are supposed to find.

Halo TV show review verdict: Is the series worth watching?

It is challenging to please hardcore fans of any video game, so some members of the fandom may be a bit disappointed by Halo. There are incredible military scenes, intense character moments, and many backstories. However, the series trades explosions and action for dialogue, and there aren’t many bombastic or explosive scenes. However, this series has a lot of promise, and there are still a lot of stories to explore from the games and the books. The Halo TV show has already been renewed for a second season, so it might be worth watching this first installment with the hope of a more action-filled second season. You can catch the series on Amazon Prime.

Samsung A650 Soundbar Review: Hard to Beat the Value

WeCrashed Review: A Story of Ego, Ambition, and Love