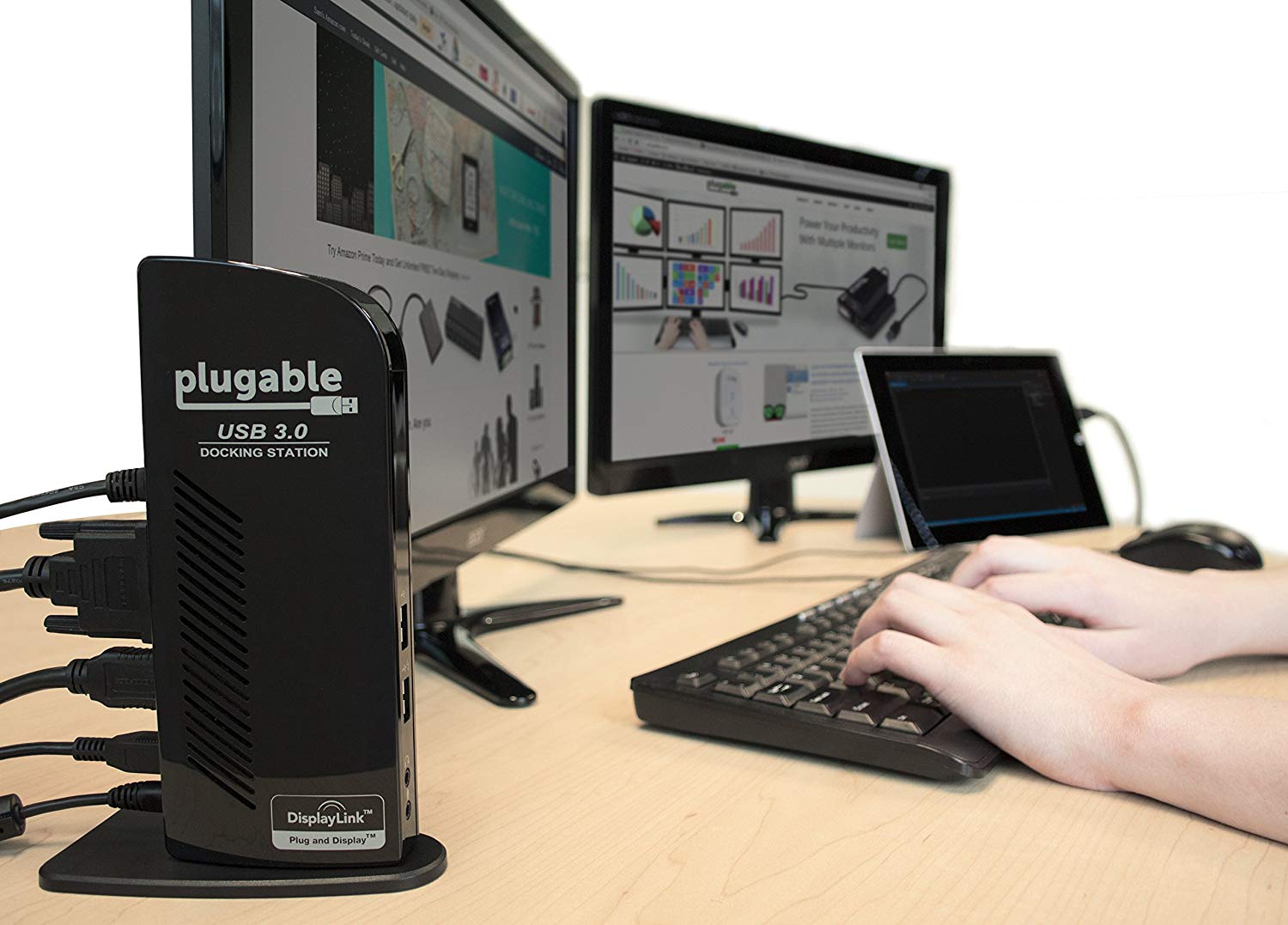 One thing that was clear during our Plugable USB 3.0 Universal Laptop Docking Station for Windows review was how handy the device is. If you use peripheral devices that need a high-speed connection to your PC, then you know how important a powerful docking station is. A good docking station must provide super-fast connections between devices. It should also have a sufficient number of ports and support high-resolution images.

Does the Plugable UD 3900 have these qualities?

The UD 3900 docking station has a sleek vertical design with a curved, asymmetric top. It is 7.5 inches high from its base to its tip. Its vertical design allows it to take up minimal space on a working surface.

The front and back of the dock have the Plugable logo, while the sides of the device house the ports.

Most of the ports are found at one side of the dock, and they are arranged from top to bottom. On one side you will find four USB 2.0 ports, a gigabit Ethernet port, a DVI/VGA port, an HDMI port and the port that connects to the PC, in that order. At the very bottom, right under the PC port, you will find the power button.

The other side of the docking station holds two USB 3.0 ports, a headphone jack and a microphone jack.

At the very least, the UD 3900 docking station will work with computers with a dual-core Intel or AMD processor. The docking station only works with Windows XP or Windows 7, 8 and 10.

[Read what others are saying about this docking station]

The Plugin docking station for windows is powered by a DisplayLink DL-3900 chipset, which provides the dock’s Ethernet, graphics and audio functions. The dock also has one chipset for the USB 3 ports and another for the USB 2.0 ports.

The first time you connect the docking station to your computer, its drivers will install via Windows update. You can also install the drivers with the CD that ships with the Plugable UD 3900.

The docking station supports two displays via its DVI and HDMI ports. Its DisplayLink chipset processes the pixels it receives from the computer and outputs them to a screen connected to the HDMI or DVI port.

It renders the following resolutions:

With plenty of ports and good image resolution, the Plugin UD 3900 docking station is an affordable purchase for Windows users.

People who need 4K image resolution should pick a different device. The same goes for anyone that uses a non-windows operating system. Click here to learn more about this docking station or purchase one.