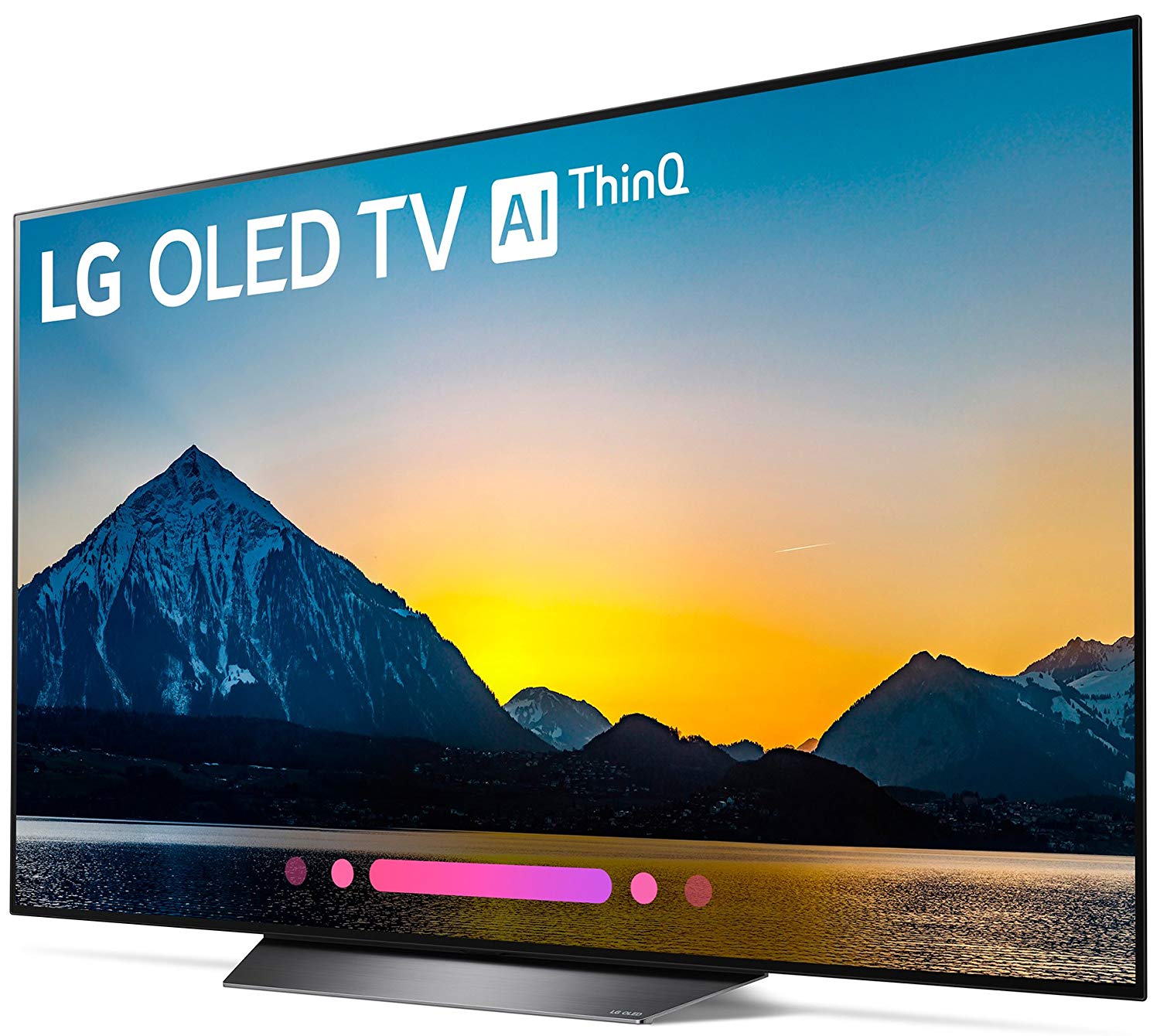 The LG 65-inch TV 4K OLED65C8PUA OLED is the latest addition to the brand’s lineup. For the past four years, the superior performance of the LG televisions has dominated the 4K UHD niche. Unsurprisingly, LG beat the competition with their 2018 version of the 65-inch Ultra HD OLED65C8PUA model.

Organic LED technology may sound like a relic of the plasma TV age, but it packs a devastating punch. It has ensured the performance of LG 4K televisions year after year after year.

Keeping in mind that their OLED TVs keep getting better with each new release, let us see what more LG has achieved with their 2018 LG 65-Inch television.

In a word, the design is sleek. The screen’s super-thin aluminum trim begins with a metallic color at the top right-hand corner of the TV and darkens at a gradient along the perimeter until it becomes solid black at the top left-hand corner.

And the screen is slim, truly slim at a thickness of 0.25 inches; only becoming thicker at the bottom to accommodate input ports. The back of the TV is metallic gray with a dark gray input panel at the bottom.

It seems like this TV was never meant to be mounted because the input ports face the wall and would be hard to access if the TV were put up. As for the inputs, the LG 65-inch TV 4K OLED65C8PUA OLED has a set of AV jacks, an RF jack and an Ethernet port. It also has four HDMI and three USB ports.

[Read what others are saying about this 65-inch LG TV]

LG’s operating system is called the Web O.S. How does it stack up against the competition? Well, there is room for improvement.

Sure, it comes with the requisite pre-installed apps. But it is not as fun as Samsung’s Tizen and does not come with the limitless options of Android TV. But it works with LG hardware to render the most amazing picture quality that can be found in a 4K TV. Also, the 2018 version is the fastest, smoothest Web O.S. version so far. So it has that going for it.

Web OS does allow for syncing of connected devices and through its task manager, allows for seamless switching between streaming and gaming and other devices.

Picture quality is the super-power of the LG OLED TV; the thing that puts LG 4K screens at the front of the pack.

OLED TVs are simply superb at motion handling. Why? Each pixel is its own light source and can dim or change color much, much faster than a pixel in a normal LCD 4K television.

What’s more, LG Tru-motion technology comes through to enhance the gaming experience by performing frame interpolation, eliminating the possibility of blurring even in the most intense game.

A word of caution, though: OLED is a self-emissive technology and like the dearly departed plasma screens, screen burn and image retention can happen. Especially after an hours-long gaming session.

Well, LG and their products are at the top of their game so, absolutely. For all those picture quality connoisseurs out there, know that an OLED TV from LG does not disappoint. The picture performance and motion handling of the 65-inch C8PUA is pretty much peerless.

And what the TV lacks in brightness, it more than makes up for with a rich color spectrum, sharp contrast and vivid, life-like images.

You will certainly get your money’s worth when you go with this TV. Click here to learn more about this TV!