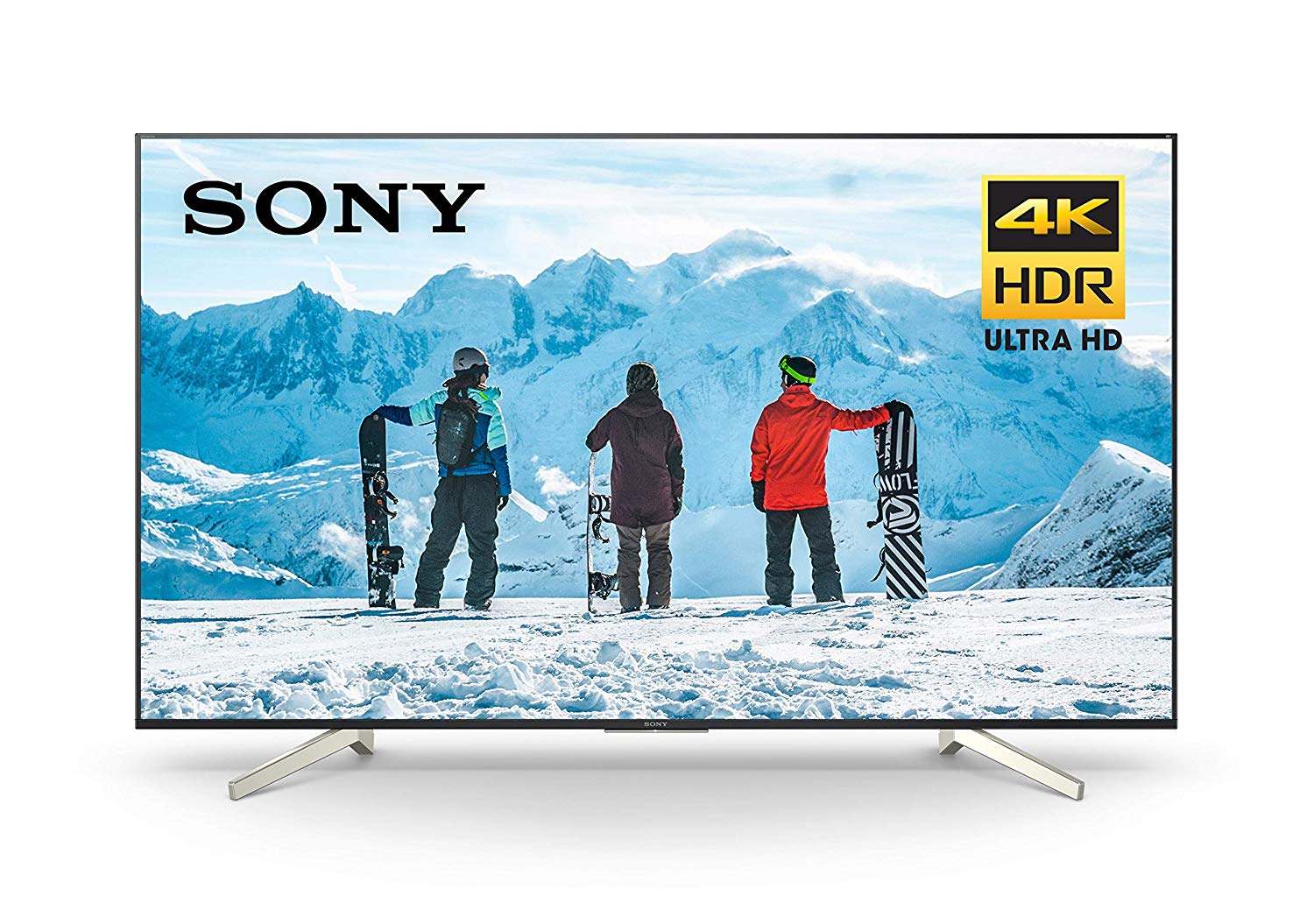 Can a television as big as the Sony 85-inch TV XBR85X850F Ultra HD TV have high picture quality? Sony decided to give it a try. The result was the X850F, an 85-inch UHD TV that Sony brought to market in early 2018.

The model is part of a mid-tier product range of large screen TV’s. Unlike the 65 and 75 inch televisions in the product range, the Sony XBR85X850F has a VA panel instead of an IPS display, which works to its advantage.

Well, the lack of an IPS panel sets the Sony X850F free to render vivid, realistic pictures. If you are wondering if and how such a large screen can have high picture quality, read on and find out.

The TV measures 81 x 14.75 x 49.25 inches without a stand. The edges and back of the screen are a solid black and the input ports are found at the back-left side of the TV. Other than the audio jacks and input ports, the back of the TV is uncluttered, adorned only with the shiny strip that holds the Bravia logo.

The Sony X850F is user-friendly with good connectivity. It has three USB ports, a LAN port and four HDMI ports, one of which is ARC capable. The ARC port allows any device connected to the X850F to access the soundbar using the TV as a connector, which greatly reduces the amount of cabling needed.

As for network and internet connectivity, the X850F can connect to the internet and home network via Wifi or LAN cable.

The X850F uses the most recent version of Android TV, which comes with a large selection of apps and access to the google play store. What Android TV lacks in a smooth, intuitive interface it makes up for with access to earth’s largest collection of apps.

The O.S. also comes with all the major streaming apps: Netflix, HBO and Amazon all come pre-installed. And because it is Android, the O.S. comes with google assistant and works seamlessly with google home. It is also compatible with Alexa.

[Read what others are saying about the Sony XBR85X850F TV]

Sony took up the challenge of rendering high-quality pictures on the Sony 85-inchTV XBR85X850F. And with no IPS panel to hold them back, Sony pulled out all the stops with these three technologies:

And that is how Sony made an 85-inch TV have actual 4K resolution, with no pixelated patches in sight.

So gamers, get ready to play your heart out because the Sony XBR85X850F has no perceptible ghosting or motion blur.

Large TV’s usually have a pixilation problem; there is just too much surface and not enough pixels to go round.

Not so with the 85 inch 4K TV X850F. This particular model packs a punch. With no IPS display to hold it back the TV is free to harness Sony’s technology and render the most incredible color gamut, contrast and resolution, size notwithstanding.

If you are the kind of person who likes to play like you are in a gaming competition, or screen films like you are in a movie theater, this is the TV for you: Size, high resolution and superb motion handling, all in one package. Click here to purchase one today!