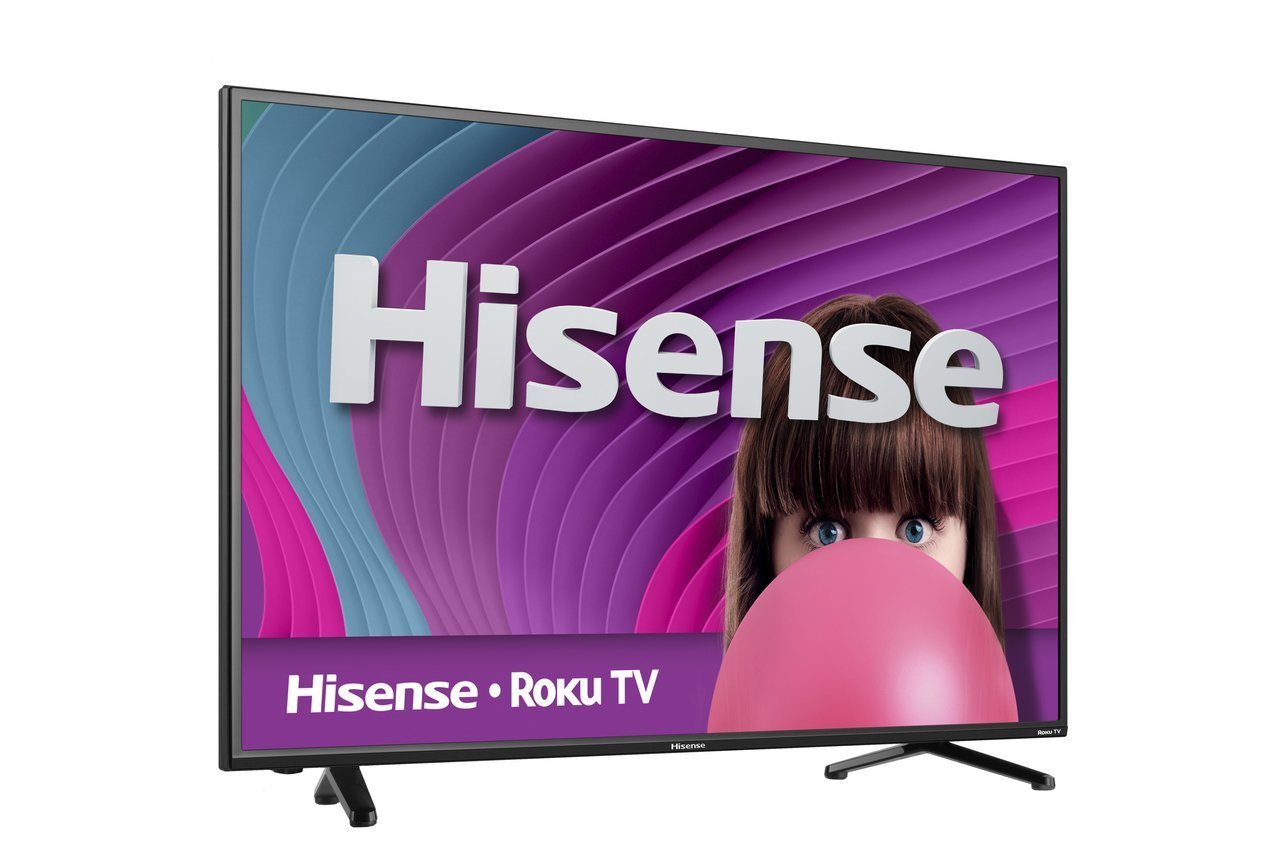 It didn’t take long into our Hisense TV reviews for us to figure out that this was a brand that focused primarily on Smart TVs. It’s a Chinese manufacturer that is quickly expanding into U.S. and other Western markets.

Hisense TVs give you the two main things most people look for when shopping for a television: high-quality pictures and great prices.

Let’s jump right into this!

Hisense televisions come in a wide variety of sizes from 43 to 75 inches There’s also a large selection of models to choose from, each offering different levels of quality including Full HD and 4KHD. Hisense’s best-selling models typically come with Smart TV and Roku capabilities.

Like most TV manufacturers, Hisense also offers lower-end televisions for those working with a budget. For example, you can purchase an H4 series Smart TV for around $269 on Amazon. That gives you a 43″ inches, 1080p resolution, and Roku compatibility. You’re free to stream all your favorite shows and movies without having to use a third device and you can cast videos from your smartphone to your television. 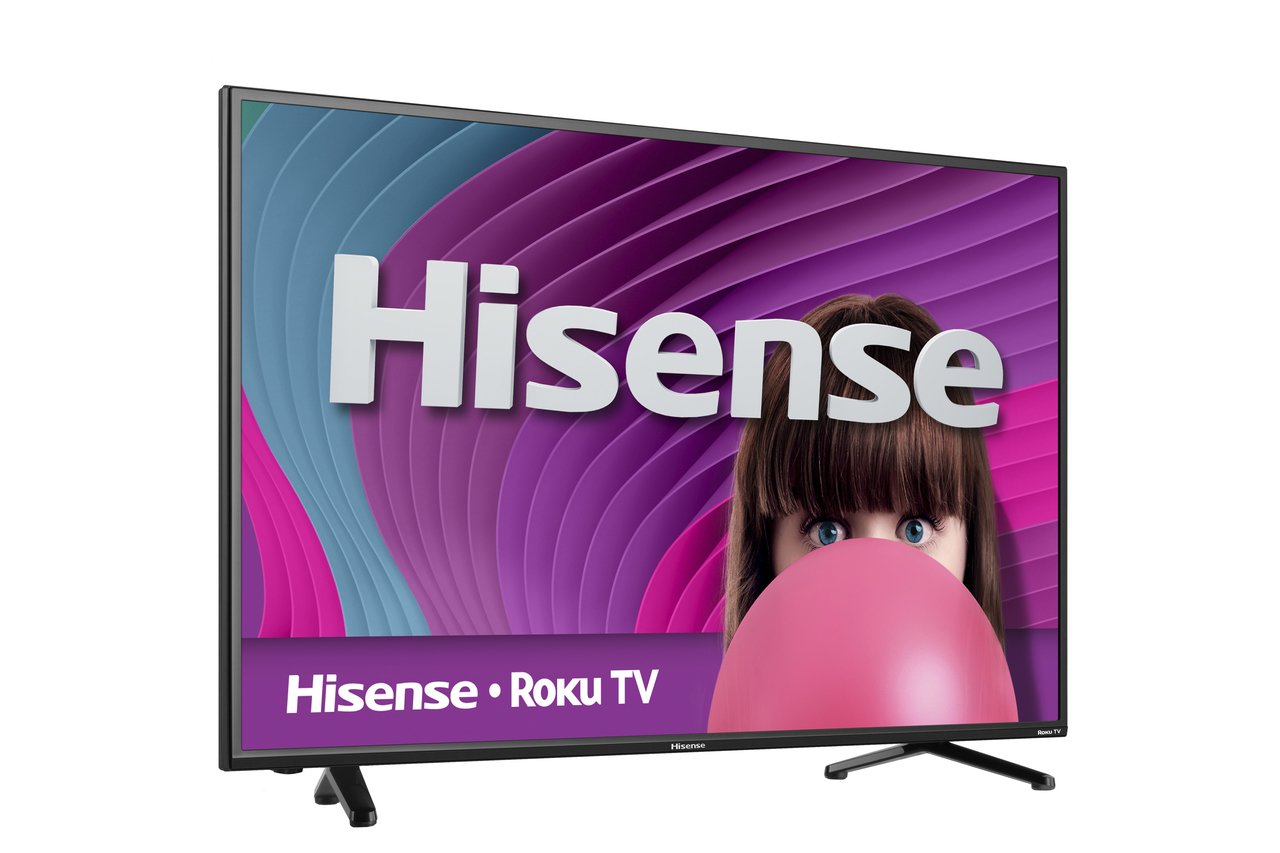 During our Hisense TV reviews, we also noticed that this brand offers some lower-end selections that aren’t Smart TV compatible. Models like the H3 are the cheapest televisions you can buy from this manufacturer, but, quite frankly, there are better deals out there if you’re looking for a basic HD TV. Element clearly has the budget-TV market cornered, so you’re better off spending an extra 100 bucks for one of Hisense’s Smart TVs – which are some of the most affordable televisions on the market.

Given the wide range of TVs Hisense offers, there is no consistent trend as far as picture quality is concerned. Some of their higher-end selections performed better than their counterparts made by well-known brands like Samsung, while some of the lower tier selections offer basic 720p resolution. Hisense Smart TVs and high-end selections are comparable with any top brand you can think of.

You don’t have to be Hercules to load anyone of Hisense’s TVs into your car or move it from one room to another. The average television made by this brand only weighs about 30 pounds. That makes them lighter than most TVs manufactured by their competitors.

You’ll hear no complaints from us as far as prices are concerned. Hisense is the way to go if you want a high tech, nice-sized TV without spending more than $300. The fact this manufacturer has a 1080p resolution, 43″, Smart TV listed for around $289 says it all. As a general rule, offerings from Hisense tend to be about 50 percent cheaper than their counterparts made by popular brands like Sony and Samsung. The higher-end selections this manufacturer offers can cost you up to $1200 like the H9D 65-inch 4K Smart TV. 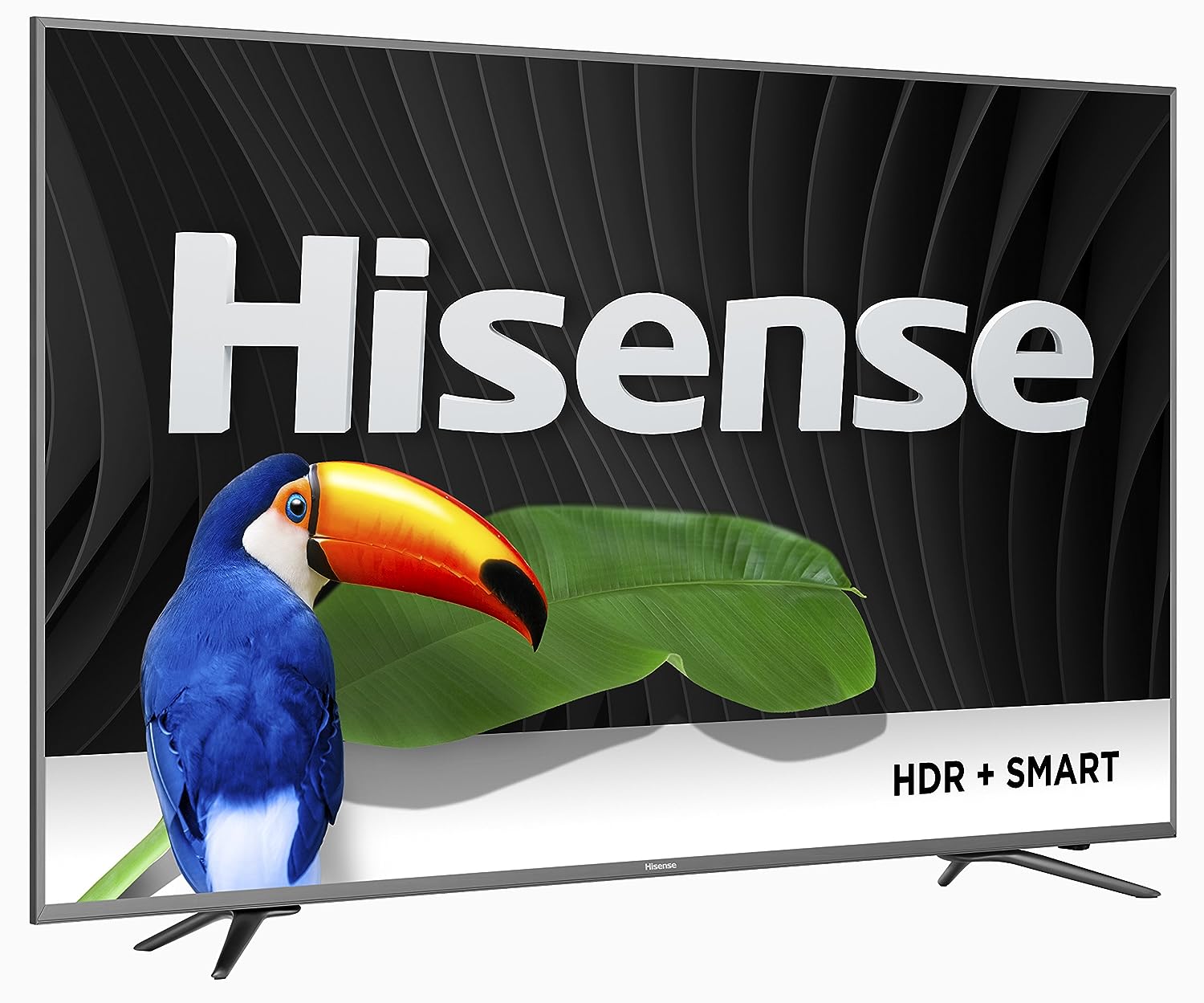 The one flaw that consistently came up during our Hisense TV review was the fact pictures came out too bright on the default setting. Fortunately, you can easily adjust the brightness from the system menu.

Certain Hisense models like the High Dynamic ones provide poor viewing angles. It also a complaint that we noticed other users have made as well. All the other models we examined during our Hisense TV reviews do not have this issue.

While many Hisense TVs come with popular apps like Hulu and Netflix, they can be somewhat buggy at times. That can be a bit annoying when you’re trying to enjoy some downtime and the video you’re trying to watch keeps freezing. That’s one area Hisense televisions fall short compared to competitors like Sony and Samsung.

What likely makes the apps on Hisense buggy is the main software these TVs run on and that becomes apparent when you’re using the remote control. You might find yourself having to hit a button multiple times before the input is finally accepted.

Hisense televisions couldn’t be any easier to set up. It’s certainly a lot easier to set up that most of its competitors. It gets an A+ in this department – especially since these are extremely light as well.

Most televisions made by this brand come with Wi-Fi connections. That allows you to stream media directly from the internet.

There’s no shortage of HDMI ports when it comes to Hisense TVs. That was quite obvious during our Hisense TV review. This means you don’t have to constantly connect and disconnect the devices you use with your television. These TVs also come with multiple USD ports allowing you to connect devices like your smartphone or digital camera directly to the TV. That’s a unique feature that you don’t always find in televisions made by popular brands like Sony.

Wrapping up our Hisense TV reviews

After all of our Hisense TV reviews, the one thing that was obvious is that you get great value for your money. If you’re ready to step into the world of Smart TVs without having to shell out lots of cash, Hisense gives you many options to choose from.

Click here to browse through all the different Hisense TVs on the market.

1 thought on “Hisense TV Reviews: Everything You Need to Know”