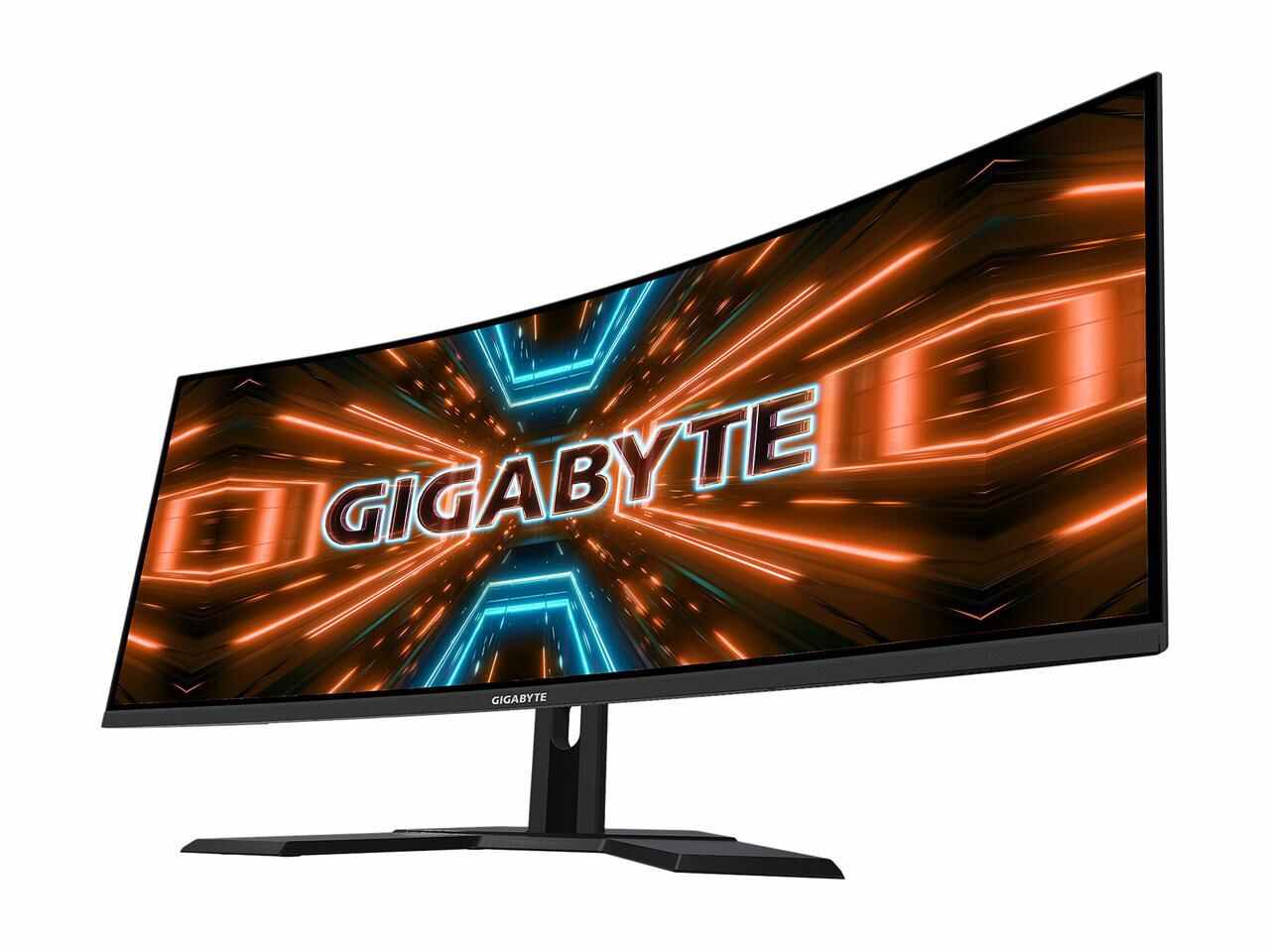 We haven’t been as excited as we were for our Gigabyte G34WQC review for quite some time. This gaming monitor has revolutionized the way we look at monitors in general. It comes with a long, curved screen that leads to incredible visuals when gaming, while making it easy to split up the screen into multiple segments for multitasking.

The monitor comes in a box that weighs about 12lbs. Included in the box are accessories like a power cable, HDMI cable, DP cable, QSG, and a warranty card. It comes with a stand for desk use and 100x100mm VESA compatibility for wall mounting.

[Read what others are saying about this gaming monitor]

The G34WQC comes with a 34-inch curved screen that gives you ultra-immersion when gaming. With a 3‎440 x 1440 true resolution, 3‎000:1 contrast ration, 1‎2M:1 dynamic contrast ration, and 1‎78°(H)/178°(V) viewing angles, this is clearly one of the best gaming monitors you can buy right now, and it performs better than many of the top televisions that are sold for thousands of dollars.

What gamers should know

Gaming monitors have historically not been a priority when it comes to improving the experiences of gamers. The Gigabyte G34WQC was released just in time, with cutting-edge gaming consoles like the PlayStation 5 due for release during the holiday season.

This gaming monitor improves the immersion of any console, and it brings out the best performance out of the components that power up your PC. The G34WQC stands out as the ultimate gaming monitor given how well it performs on some key metrics that are important to gamers and the innovative features added to improve the user’s experience. Some of the more noteworthy gaming features include:

The 1ms input lag time deserves to be highlighted since this isn’t a number we recall ever seeing during one of our TV or gaming monitor reviews.

The G34WQC is loaded with more input ports than your average gaming monitor. It comes with an earphone jack, two HDMI 2.0 ports, and two display ports. As far as its sound system goes, it comes with two 2W speakers. You’ll have to connect it to a soundbar or sound system to get the best sound effects.

If you’re in the market for a top gaming monitor, look no further than the G34WQC. It performs noticeably better than any of its competitors, and it gives gamers great immersion. It’s also a great PC monitor. Its size makes it well-suited for split screens. Click here to learn more about this gaming monitor.

Samsung QN65Q60RAFXZA Review: The Balance between Price and Performance