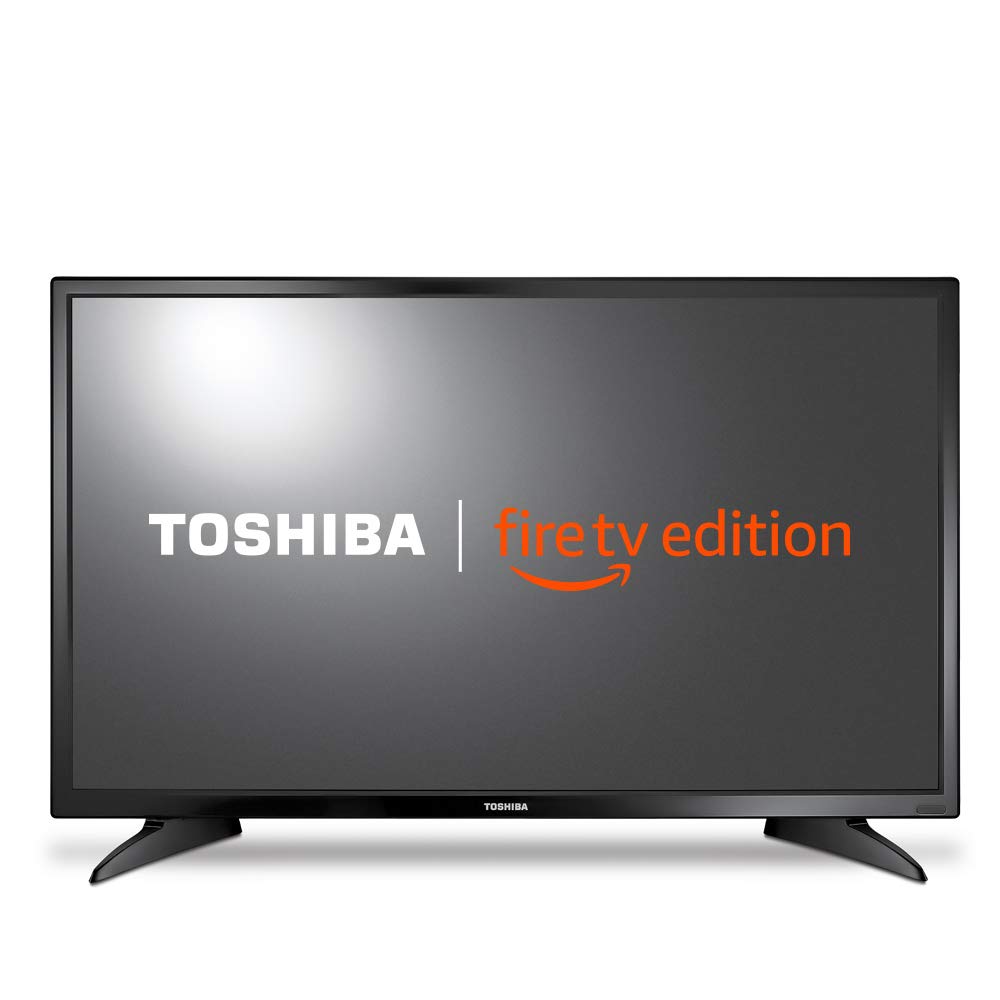 Our readers often send us messages asking, ‘is Toshiba a good TV brand?’ Our Toshiba 32LF221U19 32-inch 720p HD Smart LED TV review showed us it comes with lots of useful features, especially for a TV of its size. It has a resolution of 720p, which does not seem like much in the era of 4K HDR televisions. Luckily, the display of the 32LF221U19 is just small enough for 720p resolution to work well.

At some point, you may need a smaller TV, and it is in this aspect that the 32LF221U19 shines. It is the perfect display for a small space like an apartment, a bedroom or a home office. Also, what the 32LF221U19 lacks in size, it more than makes up for in smart features. Making the 32LF221U19 worth a closer look.

Is Toshiba a good TV brand? Exploring the design

Looking at the Toshiba 32LF221U9, you get the feeling that this particular model was designed to blend into the background. It’s plain and understated chassis is made of good quality, black plastic. The display is framed with glossy plastic bezels that are 0.7 inches thick. With the exception of the bottom edge, whose trim is thicker in order to accommodate the manufacturer logo and the infrared receiver.

The TV is supported by a pair of sturdy legs. From the front, they look plain and clunky, save for their glossy finish. From the back, the legs curve toward each other, and they look amazing. You would think that the design folks at Toshiba would find a way to work this cool look into the front of the TV set.

Speaking of the back, that is where you will find controls like the power button, an input button, menu buttons and more. The right side of the back of the TV is an odd place to put the controls, but there we have them. The back also holds an input panel, on the left-hand side. Our Toshiba 32LF221U19 32-inch 720p HD Smart LED TV review is just getting started.

The input panel has two sets of ports. One set is on the left side of the panel. It faces outward and is easily accessible from the left-hand side of the TV. This set of ports consists of one USB port, three HDMI inputs and an optical audio output.

The second set of inputs faces downwards. It consists of an Ethernet port, an antenna jack and an RCA composite input. As for wireless connectivity, the Toshiba 32LF221U19 has built-in Firestick capability, which allows the TV to connect to your home Wi-Fi network.

The built-in Firestick capability of the 32LF221U19 allows you to enjoy the Android-based Amazon Fire TV operating system. When you turn on the TV for the first time, you will navigate a simple setup process. This will lead you to the Amazon Fire TV home screen.

The home screen holds a number of pre-installed apps including the Firefox and Silk browsers. Combined, these apps provide access to a ton of content.

You will like how the interface curates your content. Once it learns your viewing habits and preferences, Fire TV will recommend content pulled from streaming apps and over the air content. The OS will integrate content from multiple sources and create a unified, intuitive viewing experience.

You will find whatever else you need in the app store, in case you find the selection of preinstalled apps wanting. You will be disappointed with the lack of Google-based apps, but Amazon is making an effort to stock its store. And while it is no Google play store, Amazon’s store still provides a wide selection of streaming apps and Alexa skills.

The Toshiba 32LF221U19 comes with Alexa and a voice-enabled remote control. Meaning that you can issue voice commands to your TV, just by holding down the remote’s microphone button and speaking.

Alexa also allows you to use the television as a smart home hub. This means that you can use this unassuming 32-inch TV to control compatible smart devices in the home network. You can also add to Alexa’s functionality by installing new skills, which are available in the app store.

The display of the 32LF221U19 employs LED back-lit technology. The TV has a resolution of 720p, which works fine for a 32-inch screen. That said, there is only so much picture quality that can squeeze into 720p per unit area.

The limited amount of pixels per inch means that this display has a limited color gamut and will not support HDR. Meaning that though the colors are pretty good, they are nothing like the vivid colors and deep black levels of a well-built higher-res TV.

Still, the colors are accurate and fairly rich.

The picture rendered by the 32LF221U19 is sharp and well defined. Still, the narrow color gamut means that its native contrast ratio is low. Thankfully, the display is small enough, so you will hardly notice.

In movie mode, the Toshiba 32LF221U19 has a lag of 70 milliseconds, less in gaming mode. These are good numbers, which allow for an enjoyable viewing experience. Even as you watch fast-paced action sequences.

The remote is a modified version of the Firestick model. It has the usual power, home, menu, navigation and volume buttons. It also has four hotkeys for Amazon, Netflix, Hulu and PS Vue. Most importantly, it has a microphone button that sends your voice commands to the TV.

That is why it more than holds its own against similar budget television sets from the competition. So whether you are in the market for a starter TV, a secondary TV, or something that can fit in a small space, the Toshiba 32LF221U19 32-inch 720p LED smart TV will work just fine.

You will have few complaints if you choose this convenient, affordable display. That’s the easiest answer to the question, ‘is Toshiba a good TV brand.’ Read what owners of this TV have to say.